When you have a top performer working in your team, their performance characteristics are very clear. They just get on with the job, and the results come rolling in.

So let’s have a look at some of the key factors that make these people so valuable.

They Envision the Result

An effective individual, when presented with a new project or job, will quickly identify what the performance results should be. And if the result is not immediately obvious to them, they will concentrate on getting it clearly defined before they start.

Consequently, in looking at a new area or project, the performance characteristics of a top performer will typically prompt questions like:-

In simple terms, a top performer is results-oriented, so they will just naturally have their eye on the overall target. 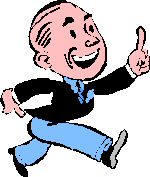 They will also want to put the results they achieve into context with the rest of the operation. They will quickly align their results with the overall objectives of the bigger picture; that is part of their performance characteristics.

Take an office cleaner, for example. If they are good at their job, and they are a top performer, one of their performance characteristics is that they know what a clean office should look like. They will know that the end result of their efforts is to achieve a clean office.

You don’t have to come along after them and point out that they missed the windows, or that the corners are still dirty. They know what the objective is before they get into action — they can envision the end result.

Non-performers have to be continually directed. You cannot take your attention off their area because you know it will go off the rails if you do. What does this do for executive sanity?

Here’s a true story, and a good example of an office cleaner who did not understand that the end result of their job was a clean office. He thought he was being paid to do certain actions, rather than achieve specific performance results in his work.

So, there he was, mopping the hallway. That was the action he was supposed to perform. But, because he had no concept of the end result, he saw no problem with the fact that he was using a dirty mop! Consequently, he was spreading dirt from the mop along the lower edges of a clean wall, which now had ugly dirty marks on it.

As far as the office cleaner was concerned, he had done his job — he had mopped the office hallway (that’s the ACTION). But with no idea of the purpose of the exercise (the RESULT), he had actually produced the opposite of that which was required; he had produced a dirty office instead of a clean office.

And the pity of it was, he could not see what all the fuss was about. “What are you complaining about? I mopped the floor, like you said…” This says a whole lot about his performance characteristics!

Their Actions are Effective

Sometimes the barriers are considerable indeed, but the measure of the top performer is their ability to get the result, come what may. Of course, there has to be a degree of intelligence in the way in which they “make it happen”.

Here’s another true story to illustrate the point. Someone was asked to collect some plants and deliver them to an office. One of the plants was a really nice palm tree in a large pot. After trying for some time to get the palm tree into their van, without success, our intrepid courier came up with a “solution”:-

“We’ll have to break the top fronds off to make it fit.”

And he was not joking! That would certainly solve the problem of getting it into his van, so he could deliver it. But it was hardly in line with the performance characteristics the recipient was expecting!

Sometimes you see someone who is very big on ideas. They can seem to be a top performer, because they apparently have the first attribute of being able to see the end result. The only problem is, it’s all theory, with no ability to get into action to produce those results.

Such people put a lot of importance on their academic achievements, or their titles. They seem to feel that having such status is all they need. But they fall dramatically short when it comes to getting results, so don’t be fooled.

A top performer, when they get into action, will not come back to you with endless problems and reasons why they cannot get the result. Their performance characteristics are such that they find a way!

They Measure Their Performance

One attribute by which you can easily recognise a top performer is that they know what their past results are. The fact that they are results-oriented means that they are very interested in what results they produce.

A top performer is always seeking to improve their performance results. If things went well, they want to know why, so they can repeat the same strategy next time. And if things did not go well, they also want to know about it, so they can correct that shortcoming in future.

How many times have you seen someone get a bad result, then proceed to do the same job in exactly the same way next time? Is that smart? No, but if the person has no concept of what they are supposed to be achieving, that’s most likely what they will do, because they just don’t get it.

So, the third characteristic of a top performer is their constant awareness of, and interest in, the measure of their results. Ask a top performer what results they have achieved in the past.

Can you imagine a top sales person, who doubled their budget three years in a row, not remembering that fact? Of course not! So, if someone tells you they “can’t remember” their results, that’s as good as saying they have none!

A manager has their own job to do and their own results to achieve.

If you have ever replaced someone in your team with another whose performance characteristics were higher, you know what a relief that can be. You find you have more time in the day, because you can take your attention off that area, and get on with your own job.

What Can Be Done?

The obvious long term solution, of course, is to hire top performers! (We can help you in this department – see Hiring Employees).

But there is also something you can do with the less effective staff you already have. Top performers look after themselves in this regard. But the next category down – the average performers – will respond to focus and direction because their performance characteristics do not permit them to see the end results clearly.

If you haven’t tried this, you will be pleasantly surprised.

And, to bring out the right performance characteristics of your people, make sure that you can clearly define the results that every job in your area must achieve. Every job in your organisation has valid and measurable performance results — otherwise, why are you paying someone to do it?