Listen to Your Performers

Employees often try to sell you performance advice. If it’s one of your top performers doing the selling, you’d better listen! 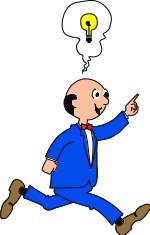 As a manager, you have to make your own decisions about your operation. But you can’t always make decisions based entirely on your own personal data.

Sometimes you have to take input from others. The question is: who do you listen to? So, here is some input to consider on this question, based on performance management principles.

Imagine you are a Sales Manager running a team of six or eight representatives. One rep is telling you their territory is too small and should be restructured to give them more potential to sell. He is selling you some performance advice.

It may well be a valid suggestion, but there are many factors to consider here. Should you go into a detailed analysis of the historical sales per customer, or sales per establishment? That could be a very lengthy exercise. Is it worth your time?

A fast way to get a pretty good first cut at this is to simply look at who is making the suggestion.

If they have not produced good sales results for some time, their performance advice is most likely an attempt to justify, or camouflage, their own poor performance. Look into this aspect first.

If, on the other hand, it’s one of your best reps making the suggestion, you’d better sit up and take notice. Their motivation is much more likely to be a positive one. They have no axe to grind and no poor performance to justify.

If they are already getting good results from their current territory structure, chances are you have an opportunity to increase overall sales by looking into their suggestion further.

A poor performer, by definition, can’t see what the end result of their job is supposed to be.

They usually look much more from the viewpoint of what actions they are doing. Worse still, they assume the viewpoint of their supposed “status” (how important they think they are). If that’s where they are coming from, they are not looking from your viewpoint as the manager of the area.

Sometimes the performance advice may seem very plausible. But if it is made on a self-serving basis, rather than “what’s good for the whole group or team”, it is fraught with danger.

The poor performer may simply be trying to get more of the action (or kudos) for themselves, without regard for the overall results. They are often just looking for (yet another) free ride.

When someone is really good at their job, they consistently produce the results that are expected of them. You can bet their viewpoint is much more closely aligned with yours.

By contrast, the poor performer is more likely to be chasing “improvement in their personal status”, or “less work and more reward”.

Of course, you can also have a top performer who is very self-interested. They are not all “saints”! So don’t assume that even a top performer’s suggestions are totally valid. Don’t follow them blindly. This is just a “first cut”.

What you do know, however, is that what they propose will often lead to more production, because that’s what drives them.

Take, however, the very single-minded employee with a drive that would rival “The Terminator”. They are hell-bent on getting those results and they will stomp all over everything and everyone to make it happen.

Great for production, but their focus may be just a tad too narrow to see the overall group picture clearly. Be careful of performance advice from such people.

Watch Out For Noise

When you become aware of conflicts, or gripes, the same principle applies in doing a first-cut assessment of the situation.

If the person griping has no real results to show for their efforts, the noise could well represent an attempt to pull a top performer down. It is a sad fact that top performers get attacked.

So, when you hear performance advice resulting from a conflict amongst the troops, look at the protagonists involved and what their respective performance results have been. It may surprise you. And it will also make it easier to resolve the issues.

The liability is that, without such protection, your top producer may eventually leave you. They will move on to some other organisation where the climate is less disturbing.

Top performers who make noise and bluster are generally frustrated because something is standing in the way of results. Remember that your performer can see clearly what they need to achieve and, when stopped, they will naturally make a fuss.

In the first case, the fact that it is a top performer who is protesting the existing policy or procedure is reason enough to review that area.

There may be good reasons not to change these things (because of broader ramifications). But if they are impeding performance, you should, at least, look at ways to clear a pathway so your performer can operate effectively. Consider making a special exception for them.

Top performers don’t make noise for nothing. There is usually a valid (results-oriented) reason behind such racket. The performance advice they are demanding you consider should be listened to.

Take the second case, where it is another person in the organisation who is stopping the top performer. Assess the situation based on the results being achieved by the two parties.

Is it a valid conflict that can be resolved sensibly, or is it a blatant attack on your top performer by some jealous rival?

This approach involves evaluating the performance your people. It, therefore, becomes somewhat easier to sort out which way to jump when you receive performance advice. And, if you decide in favour of the top performer, you generally can’t go wrong.

Realise, however, that top performers are not infallible. So, don’t be too “black and white” about it.

This performance advice approach is intended to help with the initial assessment of the situation and to prevent unnecessary wheel spinning. You still have to make the final decision that is right for the group.