How to Get Accurate Data 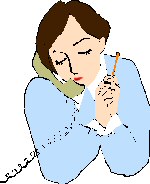 This is an important part of performance management. If you don’t get this right, you will hire the wrong people and you will pay the price for those decisions for months, or even years.

What Can Go Wrong?

Here are some of the reasons that many managers have little or no faith in the reliability of checking references:

Is it any wonder that checking references has attained a reputation of being a far-from-exact science?

Think back on the last time you were asked to give a reference for an ex-employee of yours. Chances are that most of the questions you were asked sought your opinions of that candidate. Questions like:

Opinions can differ greatly and are not a reliable source of data upon which to make a decision as important as hiring someone (no matter what their level of responsibility in your organisation).

If, however, you ask for facts (or to verify facts already given to you by the candidate), there is far less liability. A fact is a fact. It either is what it is, or it isn’t.

So, let’s turn this around and focus on the results that were achieved in the previous jobs, i.e. what was their performance?

What do you want in your new employee? Above all, you want someone who will produce the results expected of them.

What is the most valid way of determining their ability to produce results for you? Well, just look at their past record of results! If they have a proven record of results in a similar job (or environment) in the past, there is a very good chance they are capable of producing results in your job.

This is not guaranteed, of course. Reference checks are but one of the elements to consider when making a hiring decision.

Focusing on performance is the key factor to note in this entire article. It will make the difference between easy and effective reference checks, and checks that are difficult, or equivocal.

“Actual results” usually means numbers. It’s how many in what period of time. What were the statistics? The whole thrust of this part of the interview should be to look at their performance in the previous jobs they have held. See Performance Measurement for more details.

This way, you have the specific results (numbers) that can be verified with the referee.

Who Do You Ask?

The basis of the reference check is to verify the candidate’s facts and figures with someone who is able to do so. But who are they?

The problem is that, without asking the candidate, you have no way of knowing who has the relevant information. You can’t simply ask the candidate, “Who can give you a reference?”. If you do, you are inviting him or her to give you only people who will say nice things about them.

Rather than that, set the scene first by asking them a few pertinent questions about what they have achieved in the way of performance in their last few jobs. This could include such things as:-

Now, having set the scene, the question that will evoke some really effective information is: “Who can verify these production results?”

With this approach, a whole new world opens up for you. There are usually several people who can verify the candidate’s production results, including:-

This wider range of names is particularly useful when the employee is still working at their last job and does not want you to contact their manager. This exercise should net you quite a few names to choose from. It is important to have choices, as you will see later in the discussion on cross-referencing.

The neat thing is that you don’t even have to mention the word “reference” when eliciting these names. They are simply people who can verify the candidate’s production record.

Now, let’s look at these problems we mentioned at the beginning and see how they stack up against this performance-focused approach to reference checks.

Problem 1: The candidate only provides referees who will give them a glowing report.

This problem is almost completely eliminated with the above approach. By ignoring the list of referees supplied on the resume, you completely bypass the trap of only talking to people whom the candidate has carefully chosen as referees.If the people selected to verify the performance still have a tendency to give a positively slanted opinion (if asked), it is harder for them to slant the results. And, when referee statements are cross-referenced (see below), any holes that exist will show up.

Problem 2: The referee has a grudge against the candidate and slants their reference in an unfairly negative manner.

Once again, this can be largely avoided if the referees are only asked about the results produced by their previous employee. They can still be negative, however, so this is where the cross-referencing comes in.For a start, you should do at least two reference checks per employer. If one of the two is not so good, do a third one as a cross-reference against the other two. If two out of three are good, the bad one can probably be put into the category of a “suspect reference”. You can always do more, if still uncertain.

This is why it is a good idea to get several names of people who can verify the candidate’s results for each of the positions they have held (that we want to check). It gives you more choices, should cross-referencing become necessary.

Problem 3: The referee gives you a positive report because they are afraid of the legal ramifications of saying anything bad.

Let’s face it; the reference check is seeking valid data upon which to make an important business decision. If the data is wrong, you can make a costly mistake.It is vital that you get accurate information. If the referee you are talking to is one of those people who is afraid of saying the wrong thing, you will find they are far more comfortable simply confirming facts and figures. They will only become hesitant when asked something that invites their opinion.

Problem 4: The referee is restricted by their company policy that limits what they can say about previous employees.

Even this situation will at least partly resolve when the emphasis is placed on the previous employee’s actual results on the job.Companies that have such restrictive policies generally don’t mind verifying production statistics, or confirming what positions the employee held and what functions they performed. The normal scenario here is that the restrictions limit the referee to only stating the employment duration and the former employee’s job functions.

You can generally get more information, however, by digging deeper on the functional aspects. For example, “So, he was involved with collecting outstanding debts. Did the amount of outstanding debts decrease while he held the job?”

With a performance-focused approach to reference checks, you can definitely obtain valid information upon which to base your hiring decision.

The reference check is, by no means, the main deciding factor. If done right, however, it can contribute powerful data to the decision process.